To be globally renowned for its values, services, management, transparency in serving humanity, thereby transforming the world into a better place to live 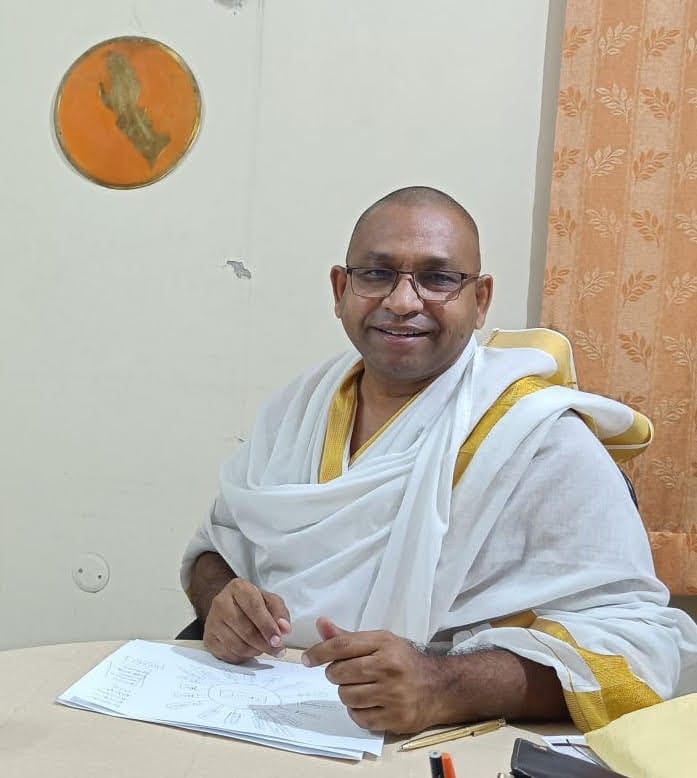 CS Balachandra Sunku, by profession a Company Secretary. Having born at Tadpatri in Anantapur District of Andhra Pradesh, had a passion for community work since young age. Parents are Smt Rajeswari & Sri SS Rangaiah infused values in his life and Smt Naga Jyothi, who mentored him for living with a purpose with her moral classes during his young age. Further many sacred people in the country blessed him and inspired him to do good work. His degrees such as B.Sc., LL.B., F.C.S., are all the result of support and help received from number of kind-hearted people.

He with a passion to show his love for the care shown to him by those kind-hearted people willed to establish a foundation with his salary savings. Accordingly, with the blessings of elders and wishes of well-wishers… inspired by Swamy Vivekananda, Mahatma Gandhi, Alluri Seetharamaraju, Mother Theresa and Bhagawan Sri Sathya Sai Baba founded abhaya FOUNDATION in the year 2006 at Hyderabad.

He served NCC Group, ICOMM Group, Siva Shakthi Group, Surana Group Hyderabad and many other companies as their Company Secretary in the past 2 decades. He is very actively involved in Rural Development Activities in India; He served as National Counsellor of ICSI in the state of AP and may have interacted with lakhs of students in South Indian cities. He is Good orator on subjects like Communication

Skills, Time Management, Leadership, Personality Development, Spirituality, Philosophy etc., he Organizer of various exhibitions, seminars, workshops, plays etc., He wishes to live for the country… doing good work… believing that in the process of doing good work one would transform. His passion is engaging everyone in the good work which is nothing but doing God’s own work.

Now, with a Divine thought of living for those who are abandoned on the roads and rural/urban unemployed youth, decided to establish abhaya Home of Happiness (www.abhayahome.org). The project is a reality within the shortest span of 12 months at Ibrahimpatnam, RR Dist., AP. The Mission is on motivating, inspiring, encouraging, involving, innovating while serving the country men. 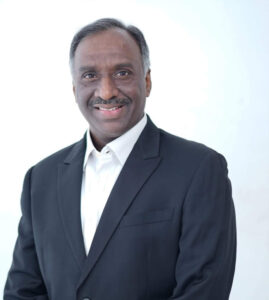 K V Ramakrishna was born in 1969 in Warangal, Telangana, to Smt K Suseela Devi & Dr.K.Subba Rao. He did all his education till graduation in Warangal and graduated with distinction in Computer Sciences & Engineering from National Institute of Technology, Warangal (earlier known as Regional Engineering College, Warangal). Post Engineering, he joined Tata Motors, Pune, in their Management Services Division. Later, he went on to do his post-graduation in Management from Indian Institute of Management, Bangalore.He is married to Smt.Usha Sundari and they are blessed with two kids – their daughter Shruti is pursuing her B.A.LLB (Hons) in National Law School, Bangalore and their son Chaitanya is doing his graduation in Commerce and pursuing Chartered Accountancy. All of them are happily living in Mumbai.He has been in the Venture Capital/Private Equity industry for more than 2.5 decades, having worked with prestigious organisations like ICICI Venture, Carlyle Group and Kotak Private Equity. He last served as the CEO of Kotak Private Equity, Mumbai, a position he quit in November 2021. Post that, he has been mentoring and advising few funds and corporates in their growth strategies.Ramakrishna believes in simplicity and helping the needy, the traits he picked up from his father. He has been doing his bit in educating poor children, particularly girls, with focus on imparting effective primary education. He is a Trustee of their family trust – Kunisetty Subba Rao & Suseela Devi Charitable Trust, with focus on elderly poor in rural areas around Warangal and also helping poor children in completing their professional courses. Ramakrishna met the Founder Balachandra professionally in the year 2008, as a Board member. He was very impressed by abhaya’s work and has been associated with it for the last 10+ years as a donor and adviser. He has been a member of abhaya National Advisory Council since 2016.We welcome him to be our Trustee and Chairman with effect from 20th February 2022. We hope to have his kind and caring guidance and directions going forward. 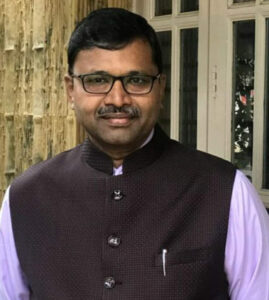 CA S Narayana Rangaiah, born in the year 1965 at Tadpathri of Anantapur District, Andhra Pradesh to Late Sri Sunku Sala Rangaiah & Smt. Sunku Rajeswaramma. Did his primary and secondary schooling at Govt. School at Tadpathri and graduated in Commerce from SV University. Moved to Bangalore at the very young age and stood as a qualified Chartered Accountant in the year 1988, while doing part-time job for his survival.During his 33 years of post-qualification, he associated with many reputed corporates and built his career with goodwill and integrity. He was the head of Finance in Gokaldas Exports, the pioneer in Ready-made Garment Industry in India. Presently leading the Finance and Accounts Department of Salarpuria Sattva.He is very kind and considerate in heart. His readiness to lend his support for the people, made him as all acceptable personality in the Society. He also involved in setting up few Educational and Training Institutions in Bangalore.He got married to Smt. S Sailaja Narayan who is possessing Masters Degree in Mathematics. He is blessed with two daughters, elder one S Vaishnavi a Software Engineer is married and presently stays in the USA. The younger one S Chinmayi is a Software Engineer and presently working with CISCO, Bangalore and ambitious to pursue her Masters in the USA.CA S Narayana Rangaiah is the founder trustee of abhaya Foundation and he stood as solid support to the Founder Sri Balachandra since then in foundation activities. Even though, he is restless with his corporate job, he is kind enough to lend his support and devote his time at needy hour to ensure the trust activities are carried out without any hindrances.The foundation has achieved many milestones since its inception with his kind association and the support of thousands of like minded people. Team abhaya welcome CA S Narayana Rangaiah to lead Trust as it’s President from 23rd Jan 2022. We are confident to accelerate our reach to the needy in the days to come under his able leadership.

Sri KSV Siva Krishna, born in 1985, graduated in MCA from University of Hyderabad. He is the first Post – Graduate, whose education was supported by abhaya in the year 2006. His association with abhaya since then has provided him multiple roles from Beneficiary, Volunteer to Trust Board Member. He was inspired by Founder and started doing his part for the country.He born and brought up in Kakinada of Andhra Pradesh in a middle class family. Father Sri Srihari Mannaru and Mother Smt Lakshmi Meenakshi given him nothing but good education to live on his own. He studied in Govt institutions and secured good grades through out.He got married to Lakshmi Soujanya, and blessed with a boy Srihari Suhas. Presently, he is working as a Software Engineer in a renowned company. He is one of the active members and heads various projects at abhaya. Always available at a call distance and leads various activities of abhaya. 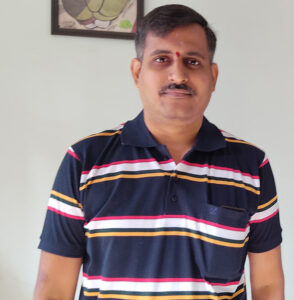 All the GOOD WORK is happening only due to the support received from People and Corporate Houses. We appeal you to stand by abhaya Foundation while they are trying to serve the country men. Your support will surely makes a difference to the one in need. Prayers for your well being.

abhaya Home of Happiness as we know it today is a charitable organization founded by Balachandra in the 2012 for serving the destitute….